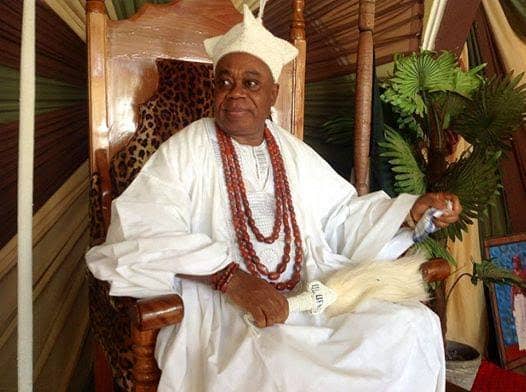 Meanwhile, the murder of the monarch was coming few hours after the Inspector General of Police, Muhammed Adamu visited the state to access the destruction and looting of police stations during the EndSARS protest.

Vanguard gathered that the monarch attended the monthly meeting of the state council of Obs in Akure and was returning to his domain when he was attacked by the kidnappers.

It was learnt that the gunmen who were hiding in the bush along the highway attacked his vehicle at Elegbeka area and shot severally at his vehicle in an attempt to stop the driver from fleeing.

Reports had it that the monarch was hit by some of the bullets rained at his vehicle.

Another source said that the kidnappers flagged down the monarch vehicle on the highway but the driver who suspected foul play attempted to escape and they rained bullets on the vehicle.

He was said to have been rushed to the Federal Medical Centre in Owo where he gave up the ghost.

Vanguard gathered that the governor Rotimi Akeredolu had rushed to the town after security report of the murder of the monarch got to him.

Akeredolu according to source led other top government officials and top security chiefs to the town.

A medical personnel confirmed to vanguard last night that the monarch was rushed to the hospital but died before he could be attended to.

Contacted the spokesperson of the state police command Tee Leo lkoro said he was yet to be briefed by the Divisional Police Officer in lfo.

Ikoro pleaded for time to get confirmation and details of the incident.